Finally, that one wish that we’ve been praying for has came true since the day we all met way back in 2013, our ONE DAY. How did that happen? One day, I told the girls that I am going to SFO in the end of April. I wanted Maian, Karen and I to meet since they live there. I persuaded to Karla to drive from Arizona to San Francisco too. Then, Jen, who’s based in Toronto, Canada found a way to join us since she’ll be the only one left out if she won’t join us. We both flew from our countries to the USA on the 28th of the month. Me to SFO and Jen to Arizona. Karla wouldn’t drive to SFO if she’s alone. So, good thing that Jen’s coming as well. Karla, Jen and Jeff (Karla’s BF) drove 12 hours to San Francisco picking up Maian first at Stockton early morning of the 30th of april. Then, picked me up in Hayward and off we went to Karen’s at Daly City.

At Karen’s, we ate breakfast, rested, freshened up and watched TFC. Karen at that time went to church with her family. 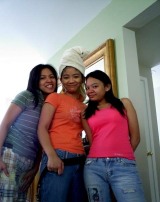 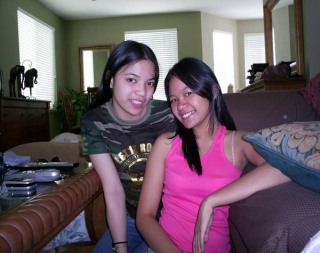 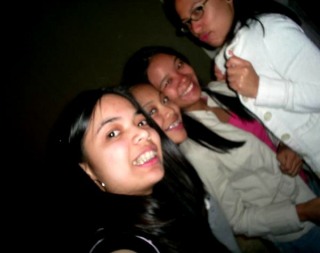 When she went back, we went to Jollibee to eat lunch. Yay! I’m in the US, and still Jollibee? We opted to et there because it has been years since Jen, Karla and Maian ate at Jollibee since there’s no Jollibee branch yet in Canada, Arizona and Stockton. On the other hand, I wanted to taste it to check if it has the same taste. To my dismay, hindi siya masarap. I ate meal no. 6,  which was 1-pc. chicken joy with spaghetti. It is not as crispylicious as it is in the Philippines and the spaghetti isn’t the same. Sad. 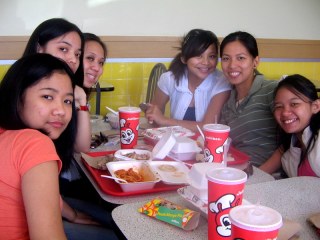 Then, we went to Ocean Beach. I’ve been telling them that I want to go to the beach with them. So, here it is, but we didn’t swim. It’s so beautiful but sooooo freezing. I think if I’m in swim suit, I wouldn’t last for even a minute. Aside from taking pictures, we also watched the waves and the kites flying. 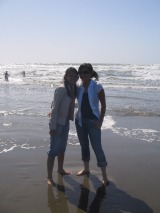 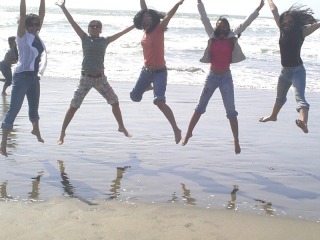 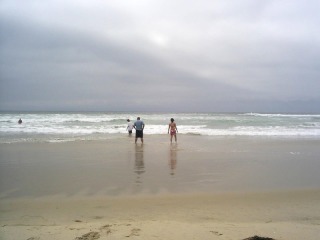 Then, we went to Twin Peaks. Grabe the view from the top is sooooo beautiful.. You can see most of San Francisco from the top and it is freezing cold up there. And I was literally trembling! 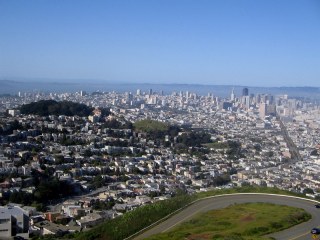 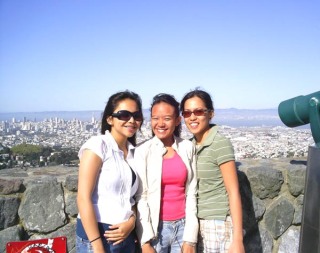 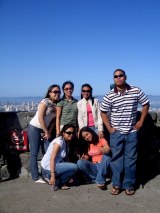 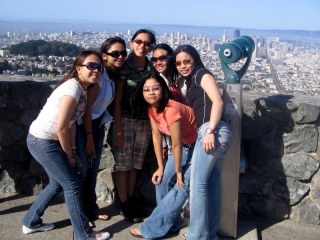 Then, we went to Serra Bowl and played bowling. I seem so tired already but still enjoying the last few hours that I have with my friends.. That was the moment when I’m feeling that the day is almost over. 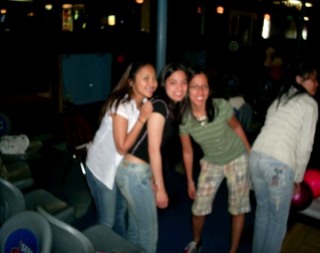 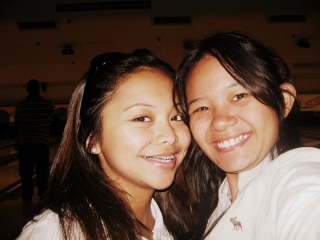 We went back to Karen’s house first and played Taboo. An hour later, they drove me back to Hayward. We took our last pictures together and we have to say goodbye. Group hug. I’m surely gonna miss them. 🙂 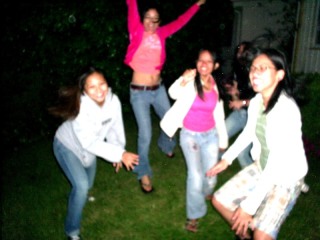 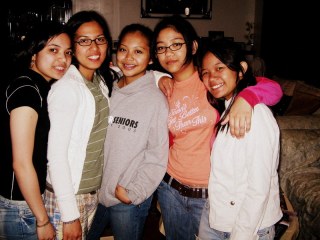 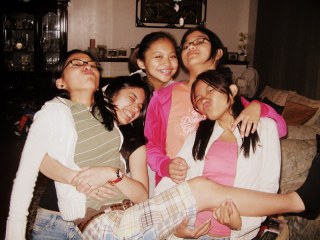 KKG… and Jeff. I really enjoyed the ONE DAY we had. Sana more days na lang noh? Sana maulit ulit to. SOON. More bonding moments. More pictures and videos to take. More fun. Thanks sa day na ito 🙂 love you all. i’ll miss you. always remember that, “distance isn’t a barrier for a friendship that will last forever.” —till we see each other again 🙂