I don’t know about you, but nothing puts me in a festive mood than watching Christmas movies during the holidays while drinking hot cocoa in your Christmas socks, snuggled up in a fussy blanket. I know! There are a lot plus some of them we grew up watching like the Home Alone installment, Jingle All the Way and The Santa Claus (the latter two, I have yet to make Coco watch – Help, where to find these?).

This is the Netflix era so I am sharing with you my top X favorite Christmas Movies from the streaming site that I have been watching these days or during the past Christmases. Sit back and relax and prepare your fave holiday snack. Grab your remote control and switch it to Netflix — or for some, open your mobile phones and go to the Netflix app. 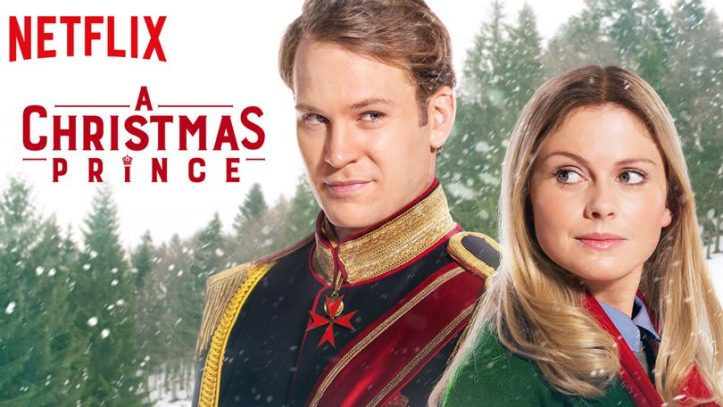 An aspiring young American magazine journalist, Amber Moore is sent to the foreign nation of Aldovia to cover a press conference by Prince Richard, who is set to take the throne following his father’s death. He is portrayed by the press as an irresponsible playboy and rumor has it, that he will abdicate the throne. Amber hopes for a big break after her Aldovia stint. She heads over to the royal family’s palace for the press conference and decides to snoop around. While doing so, she is mistaken as young Princess Emily’s new American Tutor. She plays along in order to investigate the rumors of abdication.

WanderWoMom says: As cliché as it sounds, as an ordinary girl can actually marry a prince these days can actually happen, marrying a prince would always be a girl’s dream. Amber may not dreamt of it at first or even has a slightest idea that it can happen as she only wants to write, because you know, when you feel in love, you feel in love and you can’t stop it, no matter what status you have in life. Happy to have their family grow as well. Hope they’ll have the 4th next Christmas. 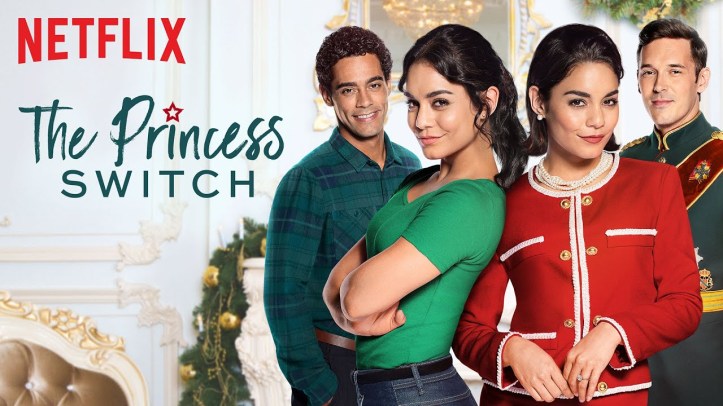 Stacy DeNovo is a talented baker with a successful pastry shop Chicago whom she runs with her best friend Kevin. Kevin and Stacy’s entry in a prestigious baking competition in the Kingdom of Belgravia was accepted. While in the competition premises, Stacy runs into Lady Margaret Delacourt, Duchess of Montenaro and fiancée of Crown Prince Edward of Belgravia, and they are struck by their identical looks. Margaret suggests that they switch places for two days and switch back the competition and the wedding. 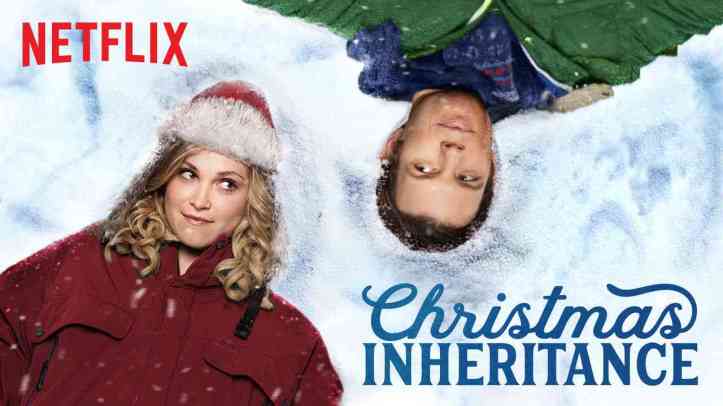 Taylor is a spoiled New York City heiress whom was sent to a small New England town with limited resources to test if she’s ready to take over her father’s company. When circumstances strand her, her experiences with the townspeople gives her a new perspective on life and her privilege, while also leading to romance with the local inn manager.

WanderWoMom says: One can’t judge a person with how one lives his/hers life, because one is always beyond what she portrays. You just have to get to know them better. Or better yet, know yourself better so you can show the world what you are capable of. Know your roots because you’ll get to live your life better because of that. 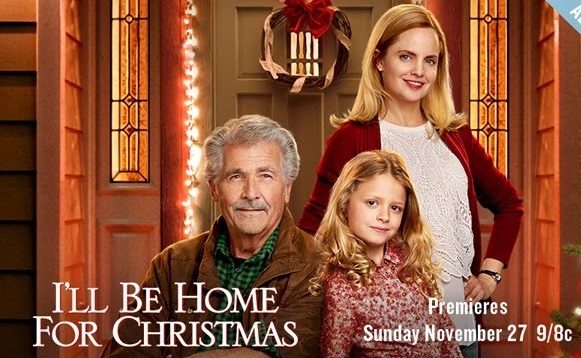 Assistant DA and single mom Jackie’s plans to wrap up a big case and enjoy Christmas with her daughter are disrupted when her estranged father decides to visit.

WanderWoMom says: Forgiveness. Make time for the people we love, they may be gone in a snap. This film tugged my heart strings so bad.

LA social media strategist, Peter is tired of his entire family asking him about his single status each year when he visits them for the holidays. His excitement to finally introduce a boyfriend during the upcoming holidays went downhill when he learned that his boyfriend is actually a married man. Peter convinces his best friend and roommate, Nick, to pretend that they finally fell in love with each other. But before they could even announce their so called news, Peter’s mother announced that she arranged a blind date for Peter and her spinning instructor. Peter reluctantly agrees with encouragement from Carole and Nick.

WanderWoMom says: It’s the first holiday film that I say that promotes the LGBT. I must say it didn’t even make me cringe a bit. Nakakakilig how they look at each other. HAY Just love. I also love how Peter’s family are just so normal with Peter being in loved with another guy and kissing, even in front of the kids. Just a feel good and kilig Christmas film. 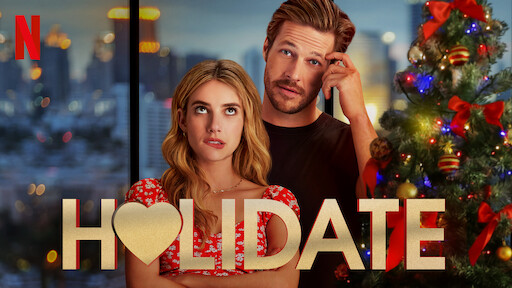 Fed up on being single during the holidays, two strangers agreed to be each others platonic plus-ones all year long, only to catch real feelings along the way.

WanderWoMom says: Of course, I know the storyline is predictable. Sana all pwedeng makipag deal sa mga pogi. HAHA. That’s just the way it is. What’s annoying is how a person can feel alone during the holidays, why can’t one not have someone. Is it a crime? Just let the person live. When it comes, it will!

Bestselling American author, Sophie Brown travels to Scotland to escape the scandal of her last book. She visits the ancestral village of her father, whose own father worked as a groundskeeper at the estate of a nearby castle. While there, she ends up falling in love with the castle, Dun Dunbar, but must also face off with the ill-tempered duke who owns it.

WanderWoMom says: I love the history of Sophie with Dun Dunbar. Girl power here – her persistence, her will, her bravery.

A struggling photographer, Abby Reilly receives an Advent calendar from her grandfather. She didn’t like it at first but she took it home anyway. The calendar opens up on December 1. Abby begins to connect what is inside each day to what happens in real life, believing that the calendar is magical.

WanderWoMom says: Don’t hinder yourself from living your dreams. Do something that will feed your soul, not just your belly. We can always believe with signs, but make sure to look through it or else you might miss the whole point.

During the Christmas holiday season, two teenagers, Dash and Lily, both living in New York City develop mutual romantic feelings as they open up to each other by trading messages as well as dares in a notebook around a multitude of locations. Along the way, they deal with how their blossoming romance affects and is impacted by friends, family members, and previous love interests. 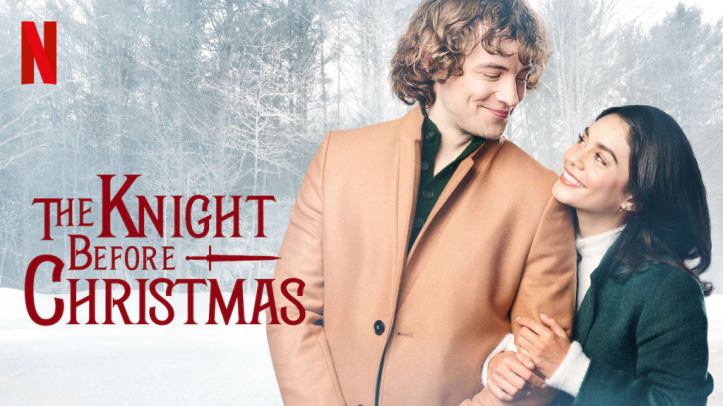 A medieval knight is transported to the present day, where he falls for a high school science teacher who’s lost her belief in love.

WanderWoMom says: This flick is such a fairytale. You’d actually know what would happen to them in the end. But it is feel good and quite funny.

Born with a golden spoon and living a carefree life, a wealthy charmer was tasked to close a deal in getting a land that is important to his family’s business. In the process, he accidentally ends up posing as a ranch hand to the hardworking farmer girl who owns the land.

A snowstorm hits a small midwestern town on Christmas Eve, bringing together a group of highschool students. They soon find their friendships and love lives colliding, and Christmas morning, nothing will be the same. 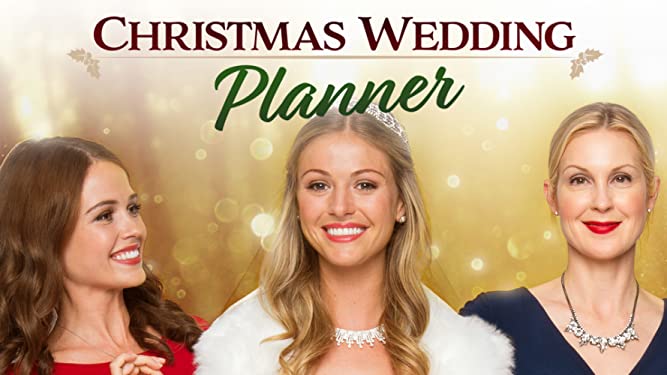 A wedding planner is in the midst of planning her cousin’s lavish and exclusive wedding when a devilishly handsome private investigator turns her world upside down.

15. Last Christmas
16. Father Christmas is Back

Oldie But Goodie in Netflix
1. The Holiday
2. How the Grinch Stole Christmas (You might want to watch with the kids)

There you go – almost all the Christmas films in Netflix. I realized I haven’t watched a lot. I thought I did. I haven’t even watched the ones for kids with Coco. There are a lot new ones that I have yet to watch so I will just update this as I watch. Let me know if I missed anything.

What have you watched so far from the list? What is your favorite? Share your thoughts, kwentuhan tayo!