Solid, it’s been more than a decade since I last set my foot at the most magical place in our country, Enchanted Kingdom. I’ve been wanting to bring Coco to EK but since we don’t have a car, transpo problems. Good thing dada’s office has a “family day” trip to EK for the whole month of May and we chose last weekend, which was also Mother’s Day.

Dada’s office had EK closed down from the public every weekend of May, imagine that? I actually thought that we will have to endure long lines since it was Mother’s Day, but nope. It was a lot of people, but they all came from Dada’s office.

We came in super early, as in around 7:30AM. We were able to go inside around 8:00AM. But the park was still close. We are only able meet Eldar and friends and eat from the snack shops around. It was only till 9AM when we were able to start with the rides.

They measured Coco at the entrance. What I appreciated most was when they gave us, aside from the map, a height restriction list, after that. It’s a list of the rides that a child can ride. So they don’t have to disappoint themselves when they want to ride one and they aren’t allowed yet. At least, we can save them from disappointment. HAHA. Good job EK. Here’s how it looks like. The encircled column was the list that Coco can ride, the ones with C meant that he needs to ride it with a chaperone.

First stop, adrenaline rush for the baby boy – Dodg’em – he was so excited to drive the bump car. It was supposedly his first time. But nope, even with a chaperon, he can’t yet. Good thing he didn’t fuss over it and just enjoyed the ride. Better luck next time boy! 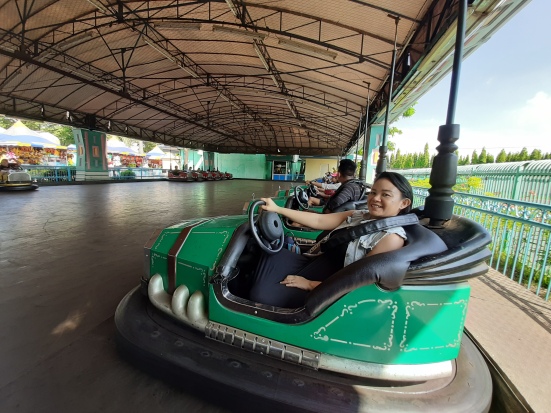 Second stop is Up, Up and Away, this was my favorite when I was a kid. That’s feeling that seems you are flying.

Next is Bouncing Boulder that I wanted him to ride alone, but he won’t let me go. You know, this kid loves to ride roller coasters, but is afraid of heights. Ironic isn’t it?

Then we finally gave in to his whim, a roller coaster ride aka the Roller Skater. I wanted to ride with him at the front like we always do. But I gave it to dada because we could always ride RCs together anyway, with dada is a rare chance. Dada was hesitant to ride in front, but his boy didn’t bat an eye at all.

I wanted to ride the Anchor’s Away and Coco isn’t allowed yet, so I got to ride it alone and just enjoyed it by myself. I wanted to buy my pictures then but I don’t have extra. HAHA. I’d rather buy food.

While they were riding the Bump N Splash, which Coco didn’t like because he got wet and he hates getting wet, I was doing some selfie shots by the Wheel of Fate, which we weren’t able to ride. 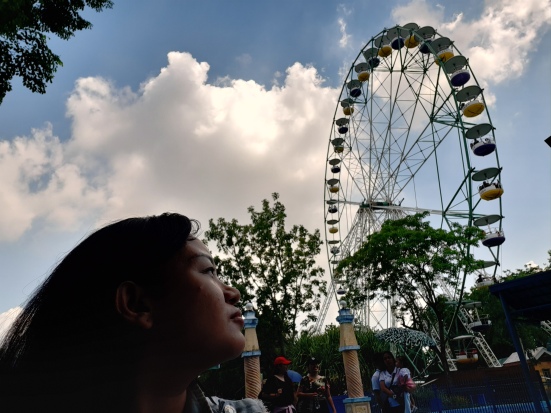 Dada and Coco rode Jungle Log Jam next and I’m just so proud of this brave boy, as always. We just told him to shout at the top of his lungs, so he won’t get scared. Dada even looked more scared than him in their picture. As for me, I’ve rode it before, but I swear to never ride these type of rides ever… because of the feeling like your heart drops and as dada would tell me, I’m not afraid of roller coasters that feels like your soul escaping your body. HAHA. Well. 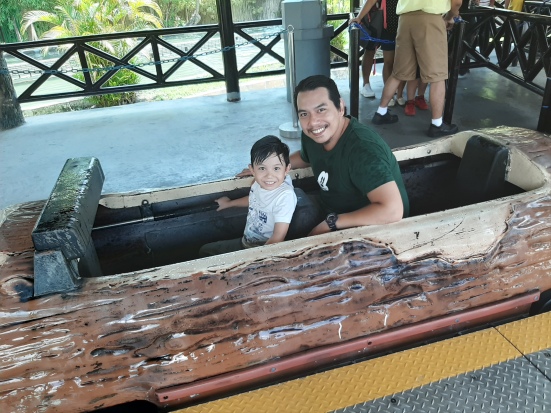 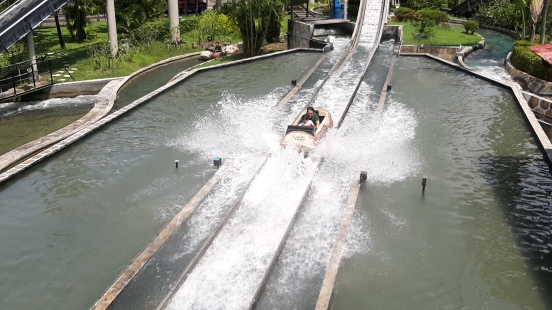 We took a short break from the rides, while waiting for dada. We took some photos using my tripod, yep, all the pictures here were just taken by my Samsung A50, amazing shots, isn’t it? 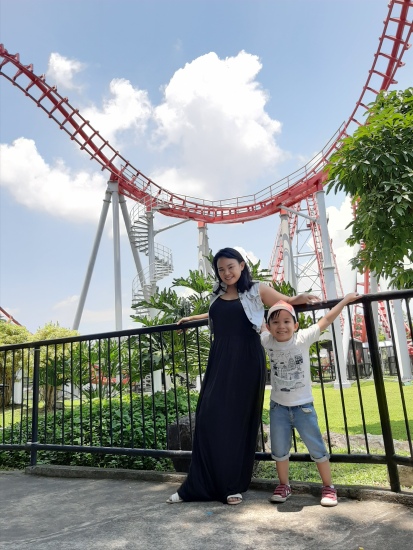 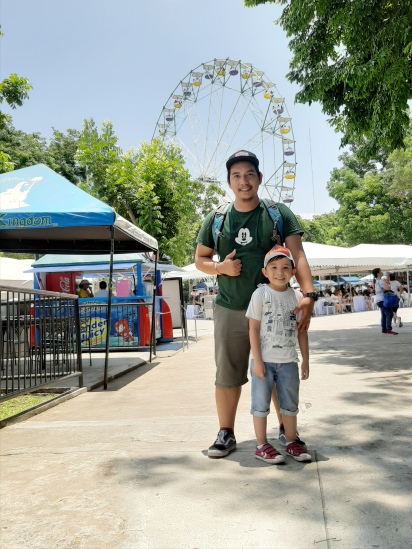 We then decided to ride the Rio Grande Rapids, while it’s almost noon, so we would dry up since we’d get wet. Coco decided to hate both Log Jam and this one because he totally hates being wet, although he said this was a fun ride, if he didn’t get wet, which actually forfeited the whole point of this ride. There is this dryer that you have to pay 200 or 300 php? I can’t actually remember, but when I saw how expensive it was, NOPE, I’ll just use the natural way – sun drying myself. Haha.

Sun drying and riding Flying Fiesta, which most people do ride consecutively. I believe right after Dodg’em, this one was Coco’s 3rd favorite ride, which at first he was scared to try. But he loved it. I didn’t notice that there’s a double swing where you and your child can ride.

I can’t actually remember the exact time it opened that day, it’s either 12NN or 2PM, but Coco waited for Fun Kart to open and actually threw a tantrum when he realized he can’t. HAHA. I understand you anak, I know you wanted to, so we just pacified him. I think he had to be around 48″ to ride the twin cart with a companion that will ride with him, as he is below 18 years old. He can’t drive it as well. Fun Kart is around 380php-470php.

It was noon time already and it is getting hot, as we started our day early. I ate rice in the box for lunch, while Coco and dada got Shakey’s. A lot has changed with the food choices, it got better actually. Aside from popular chains like Shakey’s, there are a lot of kiosks that aren’t priced too high. If you buy mineral water though, it could be expensive, but there are water fountains with drinkable water. It’s warm though.

Coco got tired and he and dada took a nap. We stayed at the Space Port area, right beside Dairy Queen. When he woke up 2 hours after, we went to Brooklyn Place, until we saw that they were starting the parade. 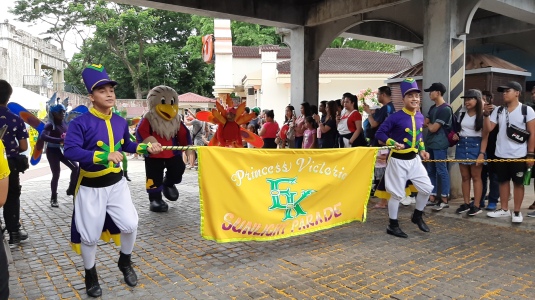 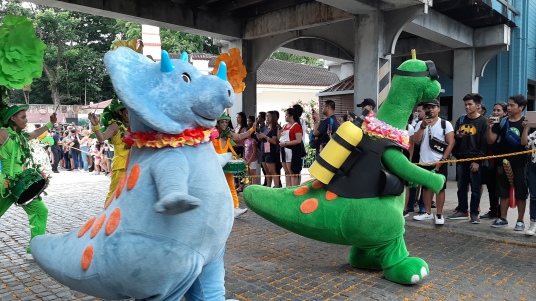 We then went to Agila the EKSperience, although it was amazingly beautiful, it seemed bitin for me. I was expecting more of the best spots in our country. Nevertheless, Coco loved it. He said it is his favorite ride (Now I can’t wait for him to get to ride Soarin’ Over America). You actually pay 500php for this ride. 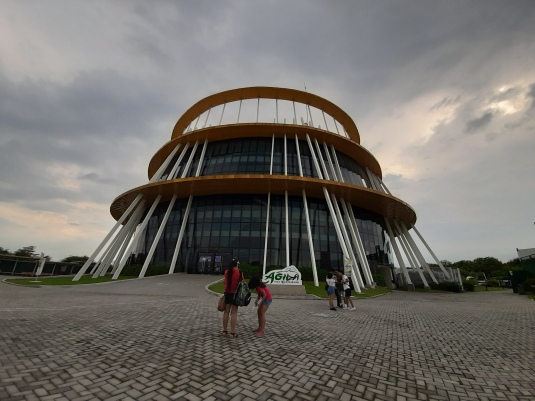 We had Rialto for our finale, it was the ride that we had the longest waiting time. I sort of missed the Rialto from 2 decades ago. The one they had now was quite long and is in 4D. Coco enjoyed it though. 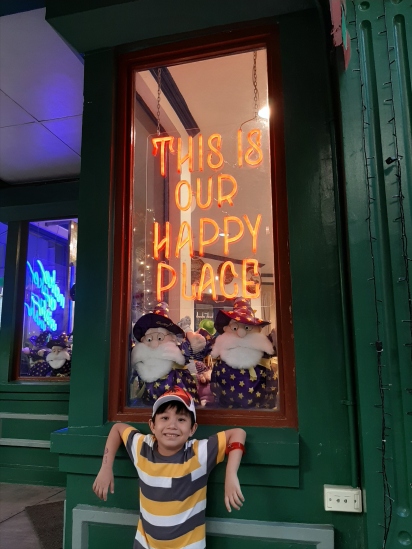 We didn’t wait for the fireworks that night because we were already tired. But right when we left EK riding our shuttle, the show started.

It was still as magical as ever, even if I got to go there a couple of times when I was younger. Maybe because I was with my baby boy enjoying it, oh, of course, we were with dada too. You know, it brought a lot of memories of my childhood and even college when we just cut class and drove over to EK just because. You would realize how different the experience would be when you have your most precious one with you. Right?

The open hours varies depending on the days and season. But the usual schedule is that it is CLOSE every Mondays and Tuesdays and opens at 12NN-7PM on weekdays and 11AM-9PM on weekends.

Schedule may change, as the park might be close for a private event, maintenance or any weather related concern. Before planning a trip, you should check their park hours and schedule, HERE.

18 thoughts on “Indeed, the Magic Lives Forever at Enchanted Kingdom”