The movie, Christopher Robin takes us back to our childhood, the “friends” we had made and the adventures we took. 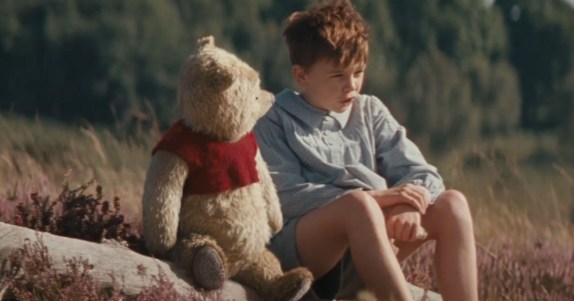 Pooh, who suddenly appeared in front of the lost Christopher Robin, whom has already forgotten all about his past as he has already grown up with more “important things” in life to think about. He brings him back to the Hundred Acre Woods to rediscover the boy that he was, “The Christopher Robin” and introduce that kind of him to his family.

“I always get to where I’m going by walking away from where I’ve been.”

What’s more powerful is how they could trigger us – when we are so preoccupied with all the “important things” and then we forget what truly matters – family and friends – and that they are the most valuable. Such a reminder especially to parents who are always swamp with work and other things to take it slow and that the kids grow up fast, we should always make time for them – PLAY with them – no matter how busy we may get.

“People say nothing is impossible, but I do nothing everyday.”

Don’t get me wrong, work is important too. Just that, there are times that some would totally neglect what’s more important because of work. Why not get “busy doing nothing” with your family, so that when it is work time, you get even more inspired to do your job because you know that you are working hard for the people you love and that the people who care the most are happy.

“Doing nothing often leads to the very best something.” 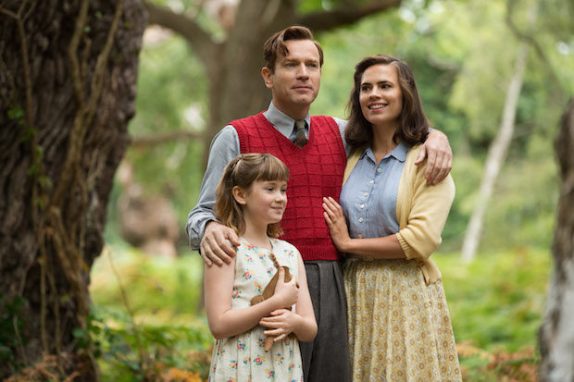 It is so refreshing, despite the gloomy feels of the film, to see Pooh and friends again. I don’t even remember when was the last time I watched nor read his story. I haven’t even done that with Coco yet. He just knows Pooh coz he always watch “My Friends Tigger and Pooh” in Disney Jr. | Mental note to watch and read Pooh stories with Coco | It just made me so emotional, because some 20+ years ago, he was my cuddly buddy who’s always got a rumbly tummy and here they are in all their stuffed toyed glory, in a live action film with some sort of similarities to the “Many Adventures of Winnie the Pooh.” Why, it was really magical.

“Sometimes when I am going somewhere and I wait, a somewhere comes to me.”

My favorite scene was after Christopher Robin has found Pooh in their “somewhere” spot, after he had lost him. Pooh and friends were asking about what the case was – “a case of important things” and if it was important to him and of course, yes. He was then asked by one of them if the case is more important than her daughter, Madeline, to which he replied that she means the world to him and that her happiness is more important. And baaaaam! Ouch. If it hit me, I’m sure you’ll do too. 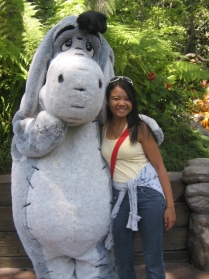 Thank you our silly old bear, I will never outgrow you and I will never forget you even if I’m a hundred. But if I’m lost please find me, I know you will find me with a red balloon in hand.

*Movie stills all from Google.