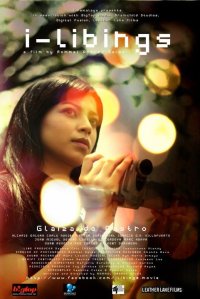 A coming of age story about Isabel, a funeral videography intern’s journey to the lessons and realizations on life and death.

Scarred by her family situation, Isabel is pretty much cynical and skeptical of everything that comes her way. When she enters the I-libings for her required college internship, she sees the I-libing as a company whose only purpose is to make a profit from those who lost a loved one. Later as she accumulates her required hours, she realizes that the company is not just a place where videographers make money out of other peoples misfortunes but is a place where the dead and the grieving receive special attention.

In the end when Isabel has to face a fate similar to the clients she served at the e-libings, She would realize that her internship might have been just 200 hours, but the lessons that the I-libings left her would last a lifetime.

I watched this film in support of my best friend who has a part in it. I’m not really a movie buff, though at times I take time to watch at the cinema. But I see to it to watch every film and almost every show where my best friend is and will be a part of. I can’t say that I’m an Independent film fan because I can count the indi films that I’ve watched with my fingers (which consist of Kuya’s films), but I know a good film when I see it. And I LOVE THE UNIQUENESS of I-LIBINGS!

There are only 2 things I can say with the film. First is that, I’m not a movie critic nor I don’t write movie reviews but I wanna share what I learned, rather what I realized after I watched the film. And second is that, I really enjoyed every bit of it and that I think

1. I loved how I-Libing’s is Soooooo 2011. Perfectly fits our technology driven age. Well, coverage for events especially birthdays, christenings and most especially weddings were already available decades before. But what we have in this era, AVP’s, pre-nup/pre-debut videos, music videos for the event and what not are what is “IN” now, but in a funeral, that’s NEW!

My business is all about events (souvenirs and invitations) and I even added having souvenirs for funerals as a product line (but I haven’t had any client yet for that except for my late grandma’s bells when she had her burial here in Manila). At least i know, I’m not alone in this, and that it could be possible.

2. On Isabel: She doesn’t like the idea of being an intern in a funeral videography company. Who would right? I don’t really like the eerie and depressing feeling of funerals. She didn’t like what she was capturing on her video cam, she doesn’t like the fact that they only have low tech gadgets in the firm. Then an opportunity came for her to be part of a “project” that she liked better, and almost tried leaving I-Libings without a word. After overhearing her boss, Erwin (played by Earl Ignacio) being reprimanded by, maybe the owner of the firm because of the mishap of a certain project because she left, she realized that (in my own understanding), even if you don’t like your work/job, there would always be this certain momentum that will make you understand why you are in that job, in that situation, in that moment. Make that, you are really needed in there, that’s why you are there.

The weekend before watching this, I was in this crossroad. I got an invite in a huge company for a certain post that I really like, the thing is I really don’t like its location. It’s not that I’m sure that I could get that job. But just the thought of it, me in there, just gives me headache. Then came I-Libings. The next day, the day of the said interview, I woke up and then I backed out. Not that I don’t like where I am now, I just feel that I think I could do more than this. But thinking of what I’m doing here, I think this is where I’m really supposed to be now. I’m enjoying what I’m doing and having fun while working. I like the people that surrounds me, just like how Isabel loved the people that surrounds her.

I guess, it just boils down to appreciating what you have now, you are there for a reason, because you need to be there. Of course, let’s not forget the fact that we would then move on. Like Isabel’s, she completed her internship and could possibly start making her own films, the future is bright for her, for me, for us, for everybody. But let us always remember to look back on our past, where we came from. It will always be a part of us, like the ending, when Boss Erwin called up Isabel and she smiled after they ended the call.

PS. This is what I did on my birthday. I celebrated it by watching a “funeral film”.
No regrets.